REMEMBER THE BASICS…or Relearn Them the Hard Way 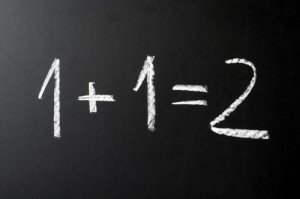 Over the last few months, my dog of 13 years slowly withered away and finally died on a warm winter day surrounded by his family and fellow pets. After spending time mourning, the process of looking for a new puppy has begun.

Everything that old dog learned, when to bark, where to go to the bathroom, what he could sleep on and how the household routine went on a work day and a weekend, will now have to be taught to a new pup.

This situation reminds me of several different situations that I ran across while working with various non-profit organizations this year. They were all matters that are basic to good association management, but were forgotten along the way.

> Name Tags. Attending an association executives meeting & networking reception, I showed up at the registration table to get my name tag only to find that that there were none. Not even blank “Hello, I am…” adhesive badges.

While it was a wonderful opportunity to go up and introduce myself to everyone, by the time the reception came around, what did everyone do? They went to their safe, self-selected groups where they did not have to “network.”

Do you think that any of the new members attending were impressed with the association? Did any of the older members learn anything about the new blood coming into the group? Will any of the new and potential members come back?

Probably not all because one of the basic rules of meetings was forgotten…Always have name tags…especially if it is for a “networking” event.

> Financials. Almost every non-profit has to account for the money it receives and spends. Those entering the association management field learn that there are two ways to keep track of that money: cash accounting and accrual accounting. Cash accounting records when the money comes in and when it goes out irrespective of what time it may have been collected or when it is to be spent.

The other method, accrual accounting, records the time in and out, but also notes if any money is to be used in a particular fiscal year. For example, dues collected for 2012 may be actually paid in the previous year but is suppose to be spent in 2012. Accrual accounting helps Board members and volunteers see which money belongs to what membership year.

So imagine the surprise a Board of Directors got when it changed staff only to find that dues and sponsorship money collected for subsequent years had actually been spent in previous year. The financial report that should have showed a significant amount of dues for the current year actually revealed that it had already been spent in previous years. The day of reckoning had arrived. With only 6 months of operating funds, the non-profit faces the real possibility of going out of business.

Another basic rule was forgotten: Use accrual accounting to make sure that money collected for the future is actually available to spend then.

> Meeting Agendas. I volunteer with various associations and serve on several committees. After almost a year of silence, I suddenly get an email from the committee chairman announcing a luncheon meeting. Now I enjoy a free lunch and having that included certainly made me more inclined to attend.

But then I asked myself, why are we meeting? What needs to be discussed? Why a face to face meeting instead of a conference call or web meeting? Or are we just meeting so we can have a nice meal using the members money?

It dawned on me that no reason or purpose was given for the meeting. How could I prepare if no agenda or list of topics was submitted? Most importantly, how could I determine if this was a wise use of my time as a volunteer?

This is an example of another basic of non-profit management forgotten: Always have an agenda (or at least a list of reasons/issues) for meeting. If you can’t articulate it, then you should not be meeting.

So like my new puppy, it appears that a bunch of association leaders and staff need to learn the basics. I hope that you are not in that group.

Check Out These Articles

Looking for a Specific Topic?