To any observer, the child molestation charges emanating from Penn State of late are tragic and one’s thoughts and prayers go out to the victims. So many in leadership positions failed to act and now have to pay with either resignation, firing or legal charges.

Non-profits are not immune for failures in leadership either.  The philanthropy world was rocked when the head of United Way of America was found guilty of misuse of funds, fraud and tax evasion.  Then there was the misappropriation of funds at the NAACP and embezzlement of funds at the American Parkinson Disease Association by the CEOs.

What leadership lessons are there for volunteer leaders and association staff to learn from this mess in State College?  Here are a few that come to mind:

Walk the Talk.  It is vital to promote an ethical culture within the association.  Many non-profits have codes of ethics or standards of conduct.  Are they just items on the website and pieces of paper in a new member packet or are they the subject of discussion at education sessions and mentioned frequently in member communications?

Even if a group does not have a code of conduct, volunteer leaders and association employees need to know the laws that govern non-profits (such as anti-trust, whistleblower, harassment).  Regular review and discussion of these items should be part of board orientation and employee reviews.

Don’t Play Favorites.  It should be about cooperation and collaboration and not giving some members access others can not obtain.  I have heard from too many membership staff members who admit that members who pay more in dues get more attention than their lower paying counterparts.  This is not to say that there could not be different levels for sponsorships say for a convention or meeting as long as the opportunity for all members to participate at those different levels is there.

Promote Transparency.  Does the Board of Directors make decisions without explaining why it did so?  Not about the little things, but items such as dues increases or moving the organization’s offices or hiring a new Executive Director?  And do volunteer leaders solicit input from appropriate stakeholders prior to making decisions?  When members see and hear that their opinion counts and understand why the association is doing what it is doing, then they will be more supportive regardless if they are in agreement or not.

Too Big to Fail.  Is there one department or program or service that is so big and brings in so much money that no one dares to criticize it?  That was the problem at Penn State and created a culture where one department was seemingly protected from the rules that everyone else had to follow.  Make sure that is not the case at your non-profit.

Admit Mistakes.  No one is perfect, not even volunteers and certainly not association staffers.  So when a mistake is made or an injustice discovered, take ownership and speak up.  Let your members know what you are doing to prevent the problem from happening again.  Encourage volunteers and staff to do the right thing.  Create a culture of honesty and fairness.

I am sure that there are lessons to be learned from the problems at Penn State that have applicability to the non-profit world.  What are your suggestions? 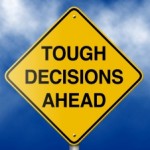 Check Out These Articles

Looking for a Specific Topic?